Security engineering is a specialized field of engineering that focuses on the security aspects in the design of systems that need to be able to deal robustly with possible sources of disruption, ranging from natural disasters to malicious acts. It is similar to other systems engineering activities in that its primary motivation is to support the delivery of engineering solutions that satisfy pre-defined functional and user requirements, but it has the added dimension of preventing misuse and malicious behavior. Those constraints and restrictions are often asserted as a security policy.

In one form or another, security engineering has existed as an informal field of study for several centuries. For example, the fields of locksmithing and security printing have been around for many years.

Recent catastrophic events, most notably 9/11, have made security engineering quickly become a rapidly-growing field. In fact, in a report completed in 2006, it was estimated that the global security industry was valued at US$150 billion.

Security engineering involves aspects of social science, psychology (such as designing a system to "fail well", instead of trying to eliminate all sources of error), and economics as well as physics, chemistry, mathematics, architecture, and landscaping. Some of the techniques used, such as fault tree analysis, are derived from safety engineering.

I had the privilege of implementing a Security Engineering Team at the University of Nebraska. The effort focused on combining multiple security teams into one efficient team. My staff included team members from every campus. My first responsibility was to evaluate the staff and assign roles and responsibilities according to their talents. Once the roles and responsibilities were assigned we focused on priority efforts to combine services and security applications to save time and money for all of our campuses. 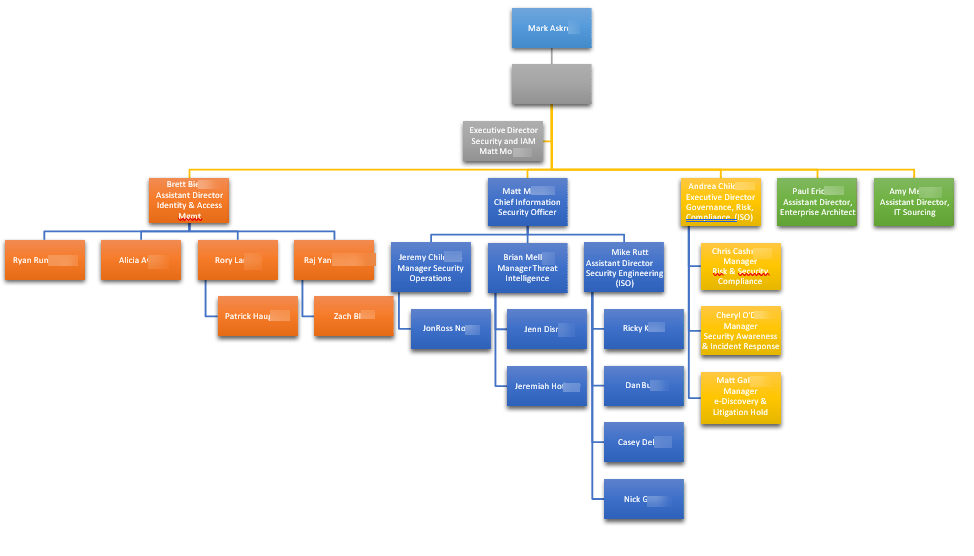